Welcome to the
Julian Schwinger Foundation for Physics Research

JSF has gifted $750,000 to the Institute for Pure & Applied Mathematics, an NSF Math Institute at UCLA, which has been matched by UCLA's Division of Physical Sciences, to form an endowment of $1,500,000. Funds generated by this endowment will be used to support an annual series of IPAM workshops on multiscale physics or theoretical physics. Support of this kind is part of JSF's mission.

The first Julian Schwinger Workshop was held in October 2017.

JSF President Seth Putterman, who is also Professor of Physics at UCLA, notes that "Julian Schwinger was fascinated by multiscale issues, and would have enthusiastically supported these workshops. IPAM is the perfect place for them, because of its history of promoting the interaction of mathematics with physics and other disciplines."

JSF hopes that its two gifts to UCLA, this workshop gift to IPAM and the earlier fellowship gift to the Department of Physics and Astronomy, establish a template for donations from other individuals and organizations.

See the news release by IPAM.


A Gallery of Julian Schwinger Photographs 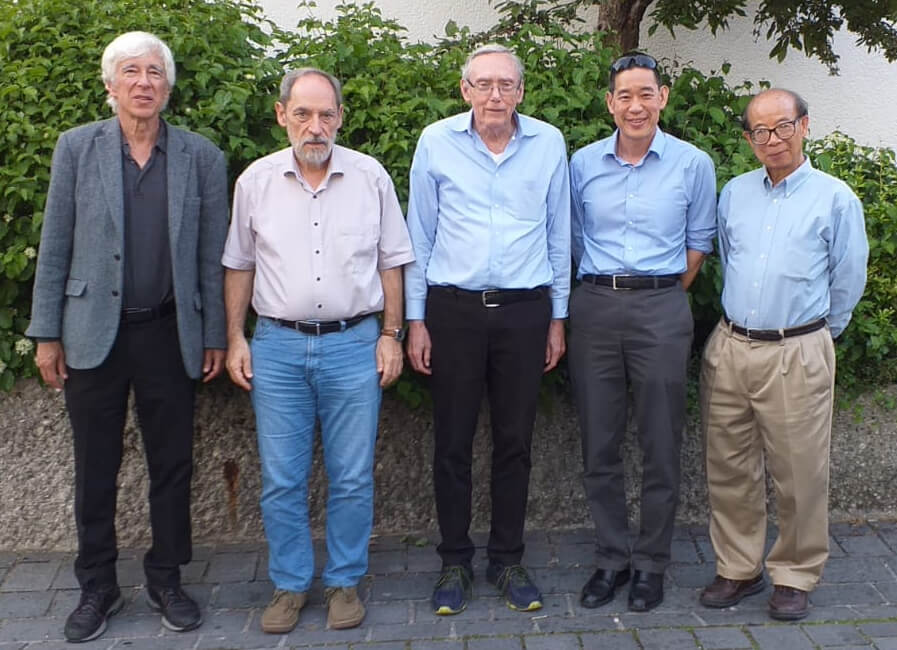